The ‘Singh Is Kinng’ actor today shared a poster of his first-of-the-OTT release movie Laxmmi Bomb in one of the social media channels. In this movie, he plays as a transgender.

This film is an official remake of the director Raghava Lawrence’s earlier Tamil version “Muni 2: Kanchana”. The Tamil version set a benchmark for Horror-Comedy movies in Tamil industry.

In the poster, Kumar wears a red-colored sari with hands full of bangles. He makes a burning look. Netizens across the world have appreciated the character role of Kumar in the movie.

This poster has got more than 32K likes and shared by 5K people. Sure to say that Kumar’s film is going to be super Duper Hit in OTT platform.

It seems that Akshay Kumar is happy about the film’s release. 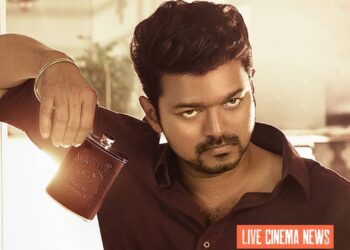 Thalapathy Vijay is back as ‘Pakka’ Master